GRAPPLING GIRLS is an energetic documentary about women’s competitive wrestling–an emerging sport in the US.

2004 saw the initial appearance of women’s wrestling in that granddaddy of wrestling venues ...the Olympics.  That the Olympics in 2004 just so happened to be in Greece was not lost on anyone in the wrestling community.  For the first time, girls and women around the country experienced international validation of their still controversial presence in the sport.  Since that time, women's wrestling has expanded.  Women are credited for keeping the sport in the Olympics but they are not always welcome on the mat.

The feature length version of Grappling Girls explores the controversy of women in wrestling by following a number of female wrestlers as they pursue their passion.

Principle photography for the feature length version of Grappling Girls is underway.

Please see above for the documentary short. 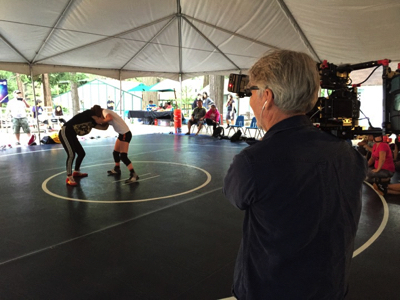